In 2017, well over 14-million vinyl albums were sold, up nine percent from the previous one-year high in 2016 with just over 13-million. The Beatles "Sgt. Pepper's Lonely Hearts Club Band" and "Abbey Road" finished in first and second place, respectively. Prince and the Revolution's "Purple Rain" Soundtrack, Pink Floyd's "The Dark Side of the Moon" and Michael Jackson's "Thriller" all finished in the top ten.

It's amazing to me how the Millennials have really taken up buying vinyl albums.  Take my 23 year old son for example.  We bought Paul a regular ole record player a couple of years ago.  I think he had about 4 or 5 albums.  This year, he purchased a receiver/amp, high turntable and speakers and now has over 40 albums he bought or received has a gift.  I told him his set up is exactly what every red-blooded 23 year old had 20 years ago.  He and his girlfriend Amy love to hit the record stores 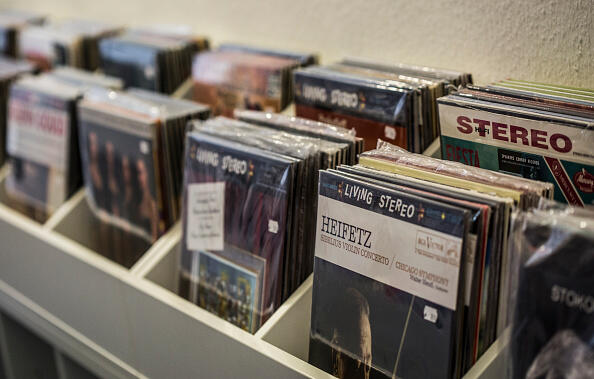