The majority of the beer brands on this list are classified as light lagers. Such light beers are characterized by fewer calories, and often lower alcohol content. While these beers may appeal to many fitness conscious drinkers, it appears that cutting calories often means sacrificing taste. Other beers on this list include those flavored with fruits or vegetables, like the Bud Light & Clamato Chelada, or are some variety of malt liquor, like Olde English 800.

Despite low public opinion, many beers on this list are also some of the biggest sellers. Bud Light, the sixth worst tasting beer with a score of only 1.94 out of 5, has also been the best selling beer in America since it overtook Budweiser 2004. Anheuser-Busch InBev shipped 36.7 million barrels of Bud Light in 2015. Coors Light, the second most popular beer in America, shipped 17.1 million barrels in 2015. Coors Light is tied with Natural Ice as the 10th worst tasting beer by popular opinion, with a score of 2.06 out of 5.

Every beer on this list falls under the umbrella of one of two parent companies: Anheuser-Busch InBev SA and Molson Coors Brewing Company. The two companies have a combined 69% share of the U.S. beer market. 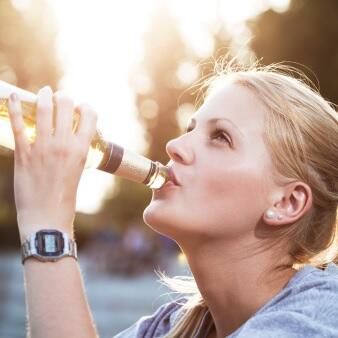