It’s that time of year again, when you gather together all your receipts and cross your fingers hoping that once you finish your taxes you’ll be pleasantly surprised with a refund. So, what will most people be doing with this sudden windfall? Well, apparently a lot of folks have pretty sensible plans.

According to a new GoBankingRates poll, 21% of respondents say they won’t actually be getting a refund this year, but those who do are mostly planning to use it wisely. In fact, 41%, say they’ll put the money away in savings, while 38% will put to pay off debt. Of course some people will take that newfound money and blow it, with 9% putting it towards a vacation, 5% using it for a major purchase and 4% using it on a splurge.

Believe it or not, it seems Millennials are the most likely to use common sense when it comes to refunds, which is a drastic change from last year. Overall, 54% of 18 to 24-year-olds will put their money towards savings, although 25% of them don’t actually expect to receive a refund. Last year, Millennials were the ones more likely to use their refund on a splurge.

And not surprising, the more money you have, the more likely you are to use it frivolously. The survey finds that 67% of those who make $150,000 or more plan to use the refund on a splurge or vacation, while only 15% of those making between $25K and $49,999 say the same. 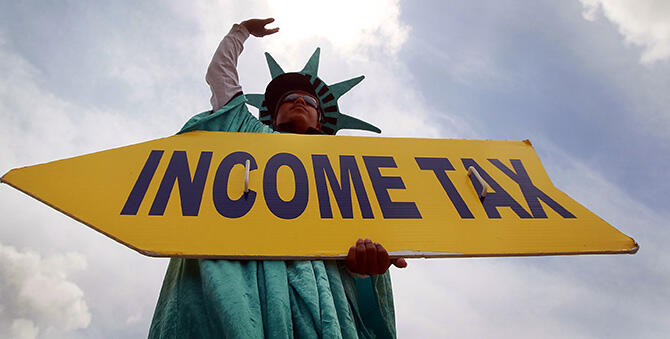